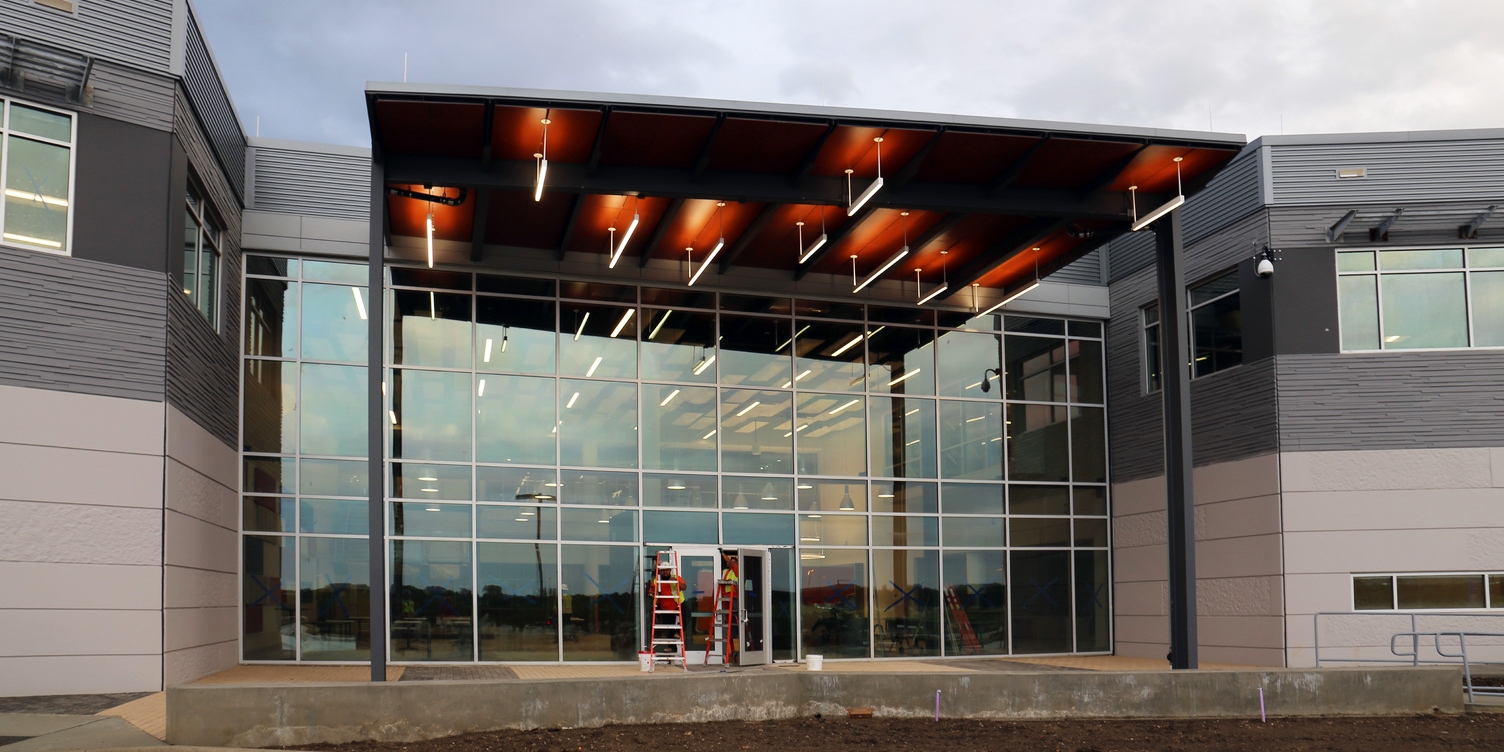 From the owner and architect, to engineers and general contractors: pivotal players are actively involved in design-build projects.

In our latest edition of TDSpirit, Khaled Naja, Executive Vice President for Infrastructure & Development at Dallas Fort Worth International Airport, answers how design-build is helping create the best possible product.

What circumstances made this the right project to utilize design-build at DFW Airport?

We used a design-build methodology for Terminal D. What makes this delivery method attractive was that the general building requirements were known. Design-build projects are delivered quicker than the traditional approach of design-bid-build, which was important to us since the officers and staff have been working out of the first building ever built on the airport. It was time to bring a modern, efficient facility to meet the needs of the department, as well as prepare for the future.

What are some key features of the new building? How will they help improve officers’ daily routines, and how will they improve safety at DFW?

I heard an interesting anecdote from Alan Black (DFW Director of Public Safety). If you think back to the 1970s, females in the work force were traditionally in the secretarial pool. The current building was designed and built for the workforce at the time. There isn’t sufficient locker space for female officers and even restrooms are a challenge in the current building. The DPS workforce today is nearly one-third female. The new DPS Headquarters building was planned and designed for the entire expected workforce over the next 25 years.

In June 2017 representatives from DPS, corporate communications, the design-build team, and our design, code and construction team held a workshop to understand what was important for the end user. What was surprising was that the main theme was to provide a building that was functional for their operations. They weren’t asking for crazy things, they wanted restrooms and lockers for women, men, and unisex staff. They asked to consider officers’ load; they carry a lot of equipment on their bodies daily, so they would like wider, sturdier chairs, and hooks in restroom stalls that could hold their belts. They wanted a space that they could work safely, collaboratively, and efficiently.

The single most important theme was a space they could be proud to come to work in daily. We believe we’ve delivered on these goals and more. The building was designed and built for future growth. There are several areas for meeting, training, briefing, and just quickly grabbing a cup of coffee. The building has a fitness area that can also hold defensive tactics training and quiet rooms.

How did DFW Airport benefit from utilizing design-build on this project?

I think the single most important benefit was schedule. We could design and build this building in about a year. We also benefited from using a model that allowed the design and construction team to bring opportunities for better solutions.

Is having a single point of contact for both design and construction an advantage for an owner during a design-build project?

As an owner, you have a single point of contact and mitigate the potential for the finger pointing that can sometimes occur once design is complete and construction is underway. It’s now the responsibility of the contractor and designer to work through solutions together.

Design-build projects often boast faster schedules and less variance from the original budget. Did the design-build approach on the DPS Headquarters affect schedule and cost?

The schedule was one of the primary reasons the airport chose to use this delivery method and it proved to be successful. We are tracking on budget. I think one of the reasons the budget and schedule are trending positively is because DPS leadership really took to heart the need to make decisions quickly and while there were some concessions that were made, they also made sure to prioritize their desires and needs. Their responsiveness and diligence was critical to the design build team being able to proceed as quickly as they could on the project.

Do you anticipate utilizing the design-build process on future projects at DFW Airport?

We never rule out any delivery approach. We are considering how this approach can be used on civil projects, like TxDOT.

What would you say is the best design-build advantage over design-assist or plan-spec projects?

I think the collaboration is up there. Having a single point of contact is critical. Having a clear understanding of the need, a stakeholder willing and able to make decisions, and a design-build team who communicates often is critical to the success of the project.