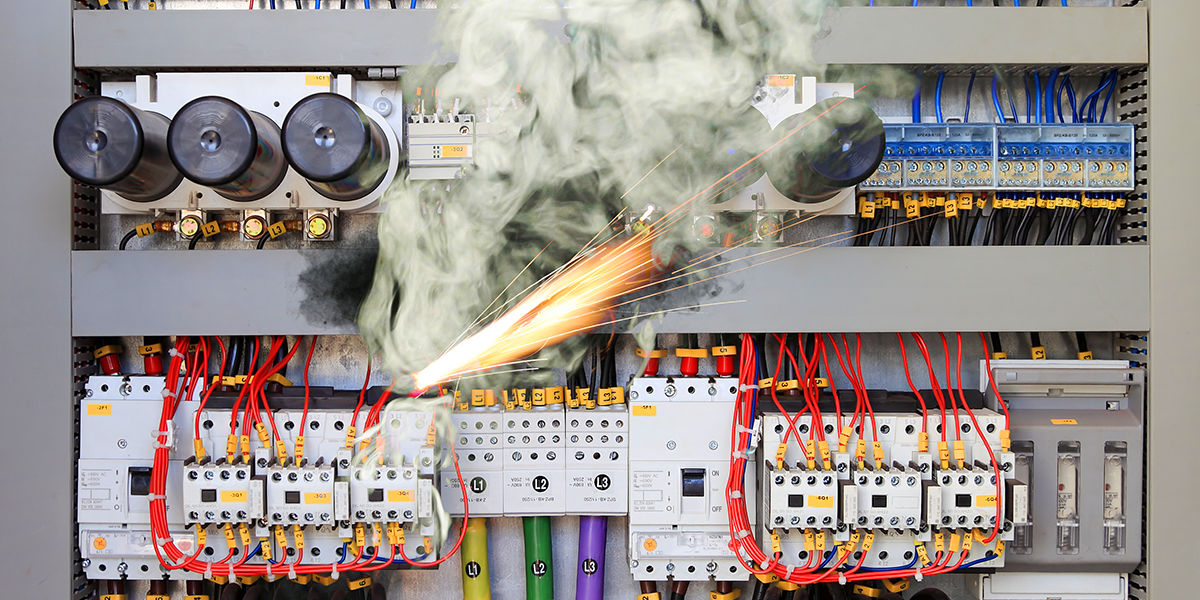 When a facility’s equipment or system fails, the consequences can be catastrophic. From jeopardizing the safety and health of patrons to losing critical information – the results from basic maintenance neglect can quickly turn into a nightmare if facility managers or owners aren’t careful.

To paint a more vivid picture of this issue, we researched and uncovered three “horror stories” to show what can happen if planned maintenance is ignored or executed incorrectly. Yes, all three horror stories happened in real life – but it doesn’t have to happen to you.

For mission-critical facilities like data centers and hospitals, HVAC system failures are magnified. An HVAC system burnout at an west coast hospital’s data center shut down its EHR system, leaving medical professionals without access to vital patient records for more than a week.

High temperatures, a direct result of the HVAC system failure, rose beyond the computer system’s tolerance levels. The ripple effects of the failure caused delays in patient care, including the postponement of radiation treatments. In one instance, a woman’s Lexiscan heart-scan results weren’t available until two weeks later. In the meantime, she had an additional cardiac intervention.

Real-Time Data Center Solutions will, on occasion, publish nightmare scenarios for data centers around the country in a series titled “Confessions of a Data Center Manager.” One describes a situation in which data center was housed in an older building with a documented history of minor water leaks. The data center managers had already expressed concerns that those leaks could be the sign of a future catastrophic leak.

Instead of finding a planned maintenance solution for their plumbing system, the project lead was tasked with installing a monitoring system. One weekend, without anyone present, a severe leak started that destroyed servers and resulted in lost customers. The project lead was let go. This leak should have never occurred, especially given that management knew about the problem in advance. A simple pipe inspection with camera monitoring, or a hydrostatic test, would have shown the areas with active leaks or with a high propensity for leaks.

Horror Story 3: Ground Fault in a High Voltage Cable Knocks Out 70% of a Hospital’s Power

More than most facilities (as noted in the first example), an electrical system failure at a hospital, especially when backup systems aren’t functional or properly used, is highly problematic. When a ground fault in a high-voltage cable between switchgear units knocked out more than two-thirds of a hospital’s electricity network, patients and staff felt the ramifications.

In this case, no serious harm was done to patients during the power outage, which lasted slightly less than 1.5 hours. Nevertheless, hospital functions took a considerably long time to recover even after the power was restored. During the outage, patients could not signal for assistance, medical cabinets with combination locks were inaccessible, food supplies were delayed, and surgeons could not connect cylinders of respiratory air. Likewise, hospital IT systems completely shut down.

Planned maintenance can dramatically reduce the chances of horror stories from occurring in your facility. Even if your facility wouldn’t be classified as “mission-critical,” there are still dangers that stem from an over-reliance on reactive maintenance or under-trained staff.

Interested in identifying the main points of risk within your facility and how to evaluate them? We encourage you to download our helpful free e-book.

In the instance that you do have a maintenance emergency, you need experts that can quickly diagnose the issue and solve the problem right away. Having a reliable partner — one that values the on-going training of its staff — is critical in the worst-case scenarios.