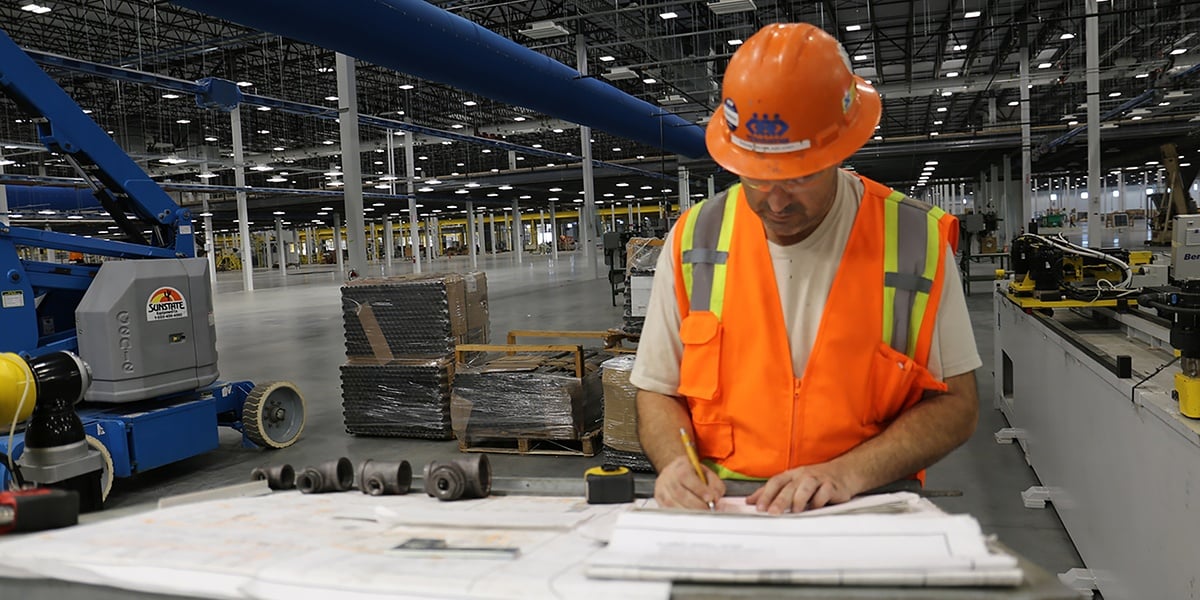 DALLAS –The Associated Builders and Contractors awarded TDIndustries the Excellence in Construction Eagle Award for its work on the Daikin Texas Technology Park. It was TD’s second honor of the national convention after earning the National Safety Award.

TD earned the Eagle Award – the top-tier designation – in the specialty contractor mechanical construction division, which includes all projects more than $10 million. The Excellence in Construction judges selected TD because of its work on the 4-million-square-foot Daikin Texas Technology Park – the largest industrial tilt wall building in the world. The award honors both general and specialty contractors for innovative and high-quality merit shop construction, as well as all team members on the project. The national competition judges entries on complexity, attractiveness, unique challenges overcome, completion time, workmanship, innovation, safety, and cost.

The Daikin manufacturing facility is the second largest in the United States, sitting on a 497-acre campus outside Houston. The Japanese air conditioner-maker’s site houses 22 assembly lines and employees 5,000. TD joined the project in March 2015 and installed roughly 25 miles of piping at the site. Its scope included HVAC, chilled and heated water systems, plumbing and process piping for the lab and manufacturing facilities.

The project will bring an estimated $3.9 billion in annual economic impact to the Houston area.