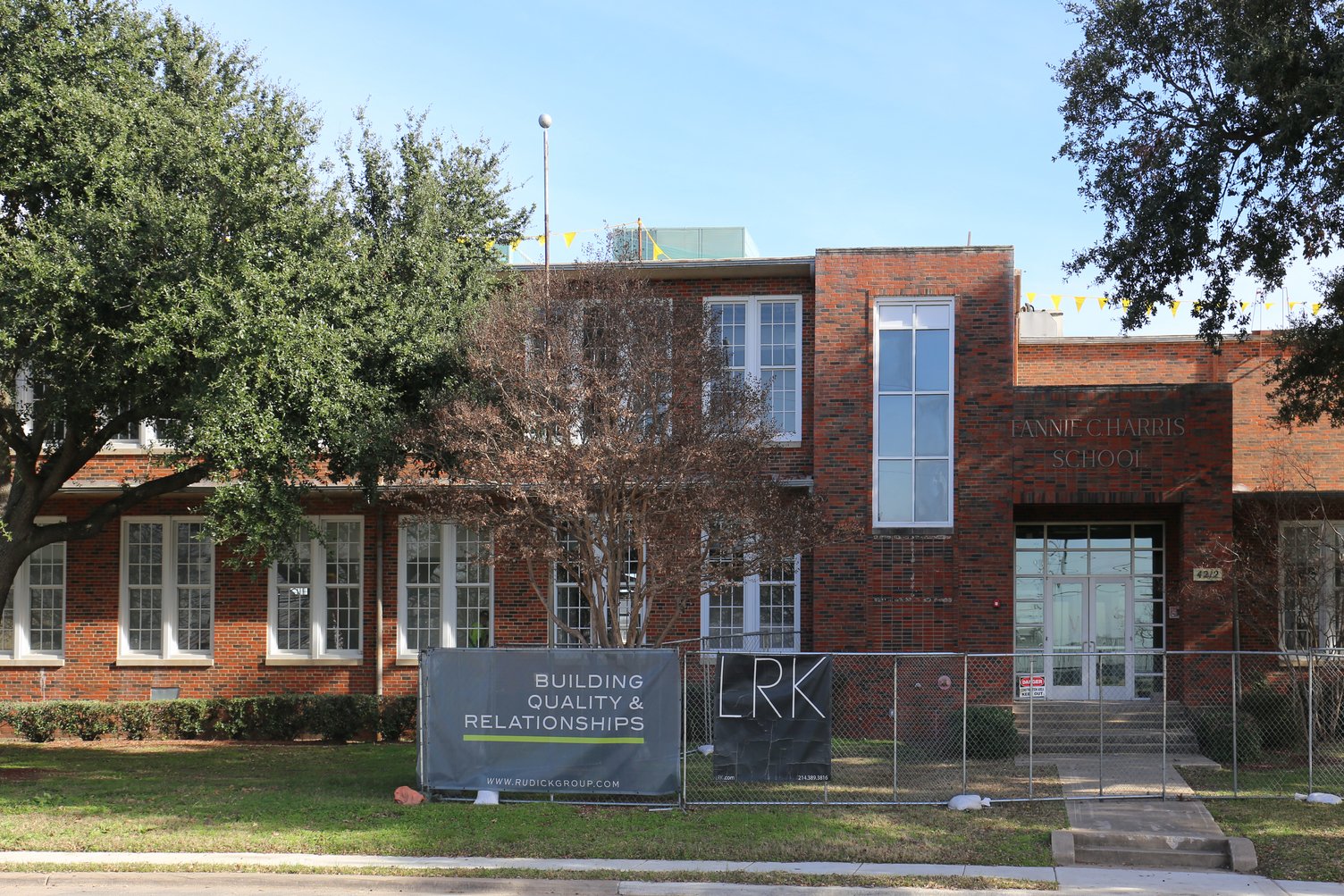 Every school day, thousands of Dallas ISD students head out the door thinking about what video game to play and, maybe, their algebra homework.

For an estimated 4,000 of these students, their non-school hours are less certain. Some may have after-school activities until early evening, or, if they’re near an after-school facility, these children will spend the evening with a good meal, instruction, and supervised playtime. Once the clock strikes 8 p.m., these youth are out of reliable options. Maybe their mom will be off work tonight and they can sleep in her car. Or maybe they can get to the park early and claim that flat spot filled with leaves behind the bushes. Others may get lucky and find an abandoned building or an unlocked motel room.

These students meet the federal label of  "unsheltered minors."  After8toEducate – powered by Social Venture Partners of Dallas – has brought together a group of service providers under one roof to collectively solve the problem of youth homelessness in Dallas. The Fannie C. Harris Youth Center, located near Fair Park, is the hub of a coordinated effort between Dallas ISD, City Square and Promise House to provide housing stability for these students.

TDIndustries, partnered with other contractors and vendors, to support this effort through design and construction services, as well as discounts, in-kind donations, at-cost labor, and soliciting donations from industry peers. 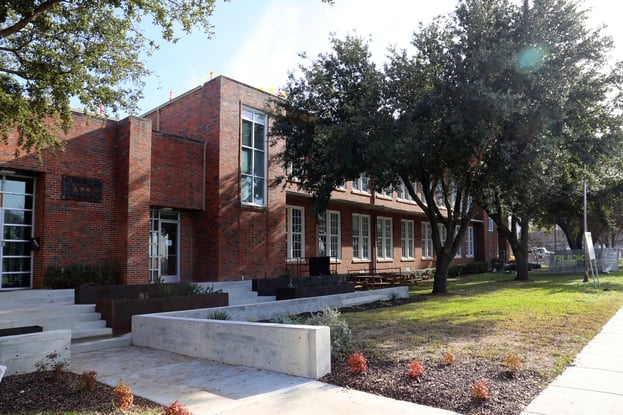 "For these students, the school is their safe place," said Billy Lane, executive director and site manager for After8toEducate. "They go to class from 8:30 to 4. If they’re in extracurricular activities, they can be at school until 7. But after 8, they’re out of options."

“Jorge Baldor, our board chair and founder, recognized this gap. What happens between 8 p.m. and when the school bell rings is just as important as what happens during the school day.”

The facility exists in two parts: City Square runs the drop-in center, which is already serving the community. It provides a point of reconnection for students detached from the education system. Promise House oversees the residential services side. While focused on high school students, it has housing for 35 students aged 14-21.

After8toEducate worked with Dallas ISD to find a suitable location. They chose a former elementary school with a rich history. Built in 1951, the Fannie C. Harris Elementary School honored one of the educational trailblazers in Dallas. Harris, a plantation-born woman, treated education as the best tool to improve the lives of fellow black Americans in the post-Reconstruction South. Harris taught in both Corsicana and Dallas, including Dallas’ first high school for black Americans. 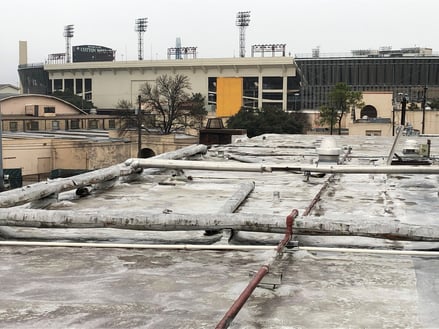 For more than 50 years, the school was a fixture in the Fair Park area of Dallas. Almost 15 years ago, new population maps and school coverage areas forced Dallas ISD to close the school. For a time, Dallas ISD used the facility as an administrative facility, but the district shuttered its windows in 2013. 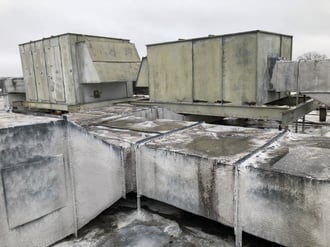 Dallas ISD turned the building over to After8toEducate in 2018. TDIndustries (TD), a mechanical construction and facilities maintenance company based in Dallas, heard about After8toEducate’s plan. In late 2018, TD’s North Texas President Mike Kotubey met with Executive Director Hillary Evans to understand goals and to gain a better understanding of the project. Kotubey then toured the after-hours section of the building, and realized the importance of this project.

Kotubey, along with Superintendent Shaun Price, inspected the building. Most of the HVAC equipment was in disrepair: cracked rusted pipes sat on the roof, mold had colonized the rooftop ductwork, interior piping had deteriorated, and signs of asbestos contamination were readily apparent. Those issues would greatly affect the residential section, but not the drop-in center, which is a separate section and not reliant on those systems. For the safety and health of all the students, TD recommended a complete system removal; however, TD identified a few items that could be salvaged and sold to offset any costs. 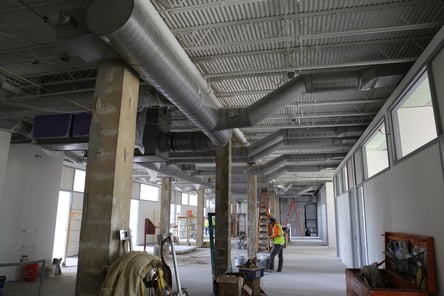 After the inspection, along with Sutton Eldridge Engineering, TD helped developed a no-cost engineering study to address their HVAC, plumbing, structural and roof needs. The renovation costs outweighed the initial budget, so TD worked to cut After8toEducate’s out-of-pocket costs. TD provided HVAC options, and reached out to other contractors for donations, both monetary and in-kind. 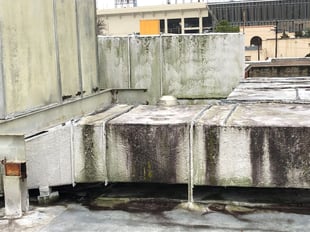 “TD was instrumental in our success. Not only did they provide an inspection and consultation, they provided engineering reports and helped us find other companies willing to help us," Lane said. The coalition had already started its first-half renovation to the after-hours center, but implemented TD’s proposal on the remaining work. Starting in late 2019, TD provided HVAC equipment, ductwork, plumbing services, and packaged rooftop units. To help reduce costs for this group, TD performed all work at cost, provided value additions at no additional cost, and solicited in-kind or monetary donations from industry companies and agreed to a financial cap on the project. If the project exceeds that cap, TD agreed to fund the difference.

TD’s work began in midsummer 2019. Several other groups donated to the cause: 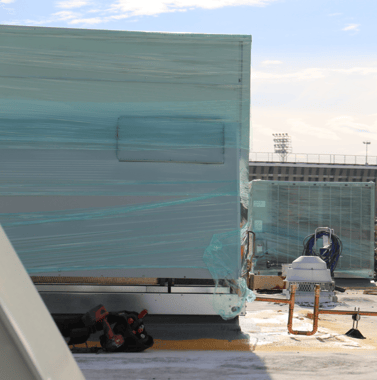 Additionally, Kotubey reached out to Marek Brothers Systems President John Hinson and they agreed to donate an estimated $50,000 in drywall and other materials.

Ali Franklin, TDIndustries project manager, expects the residential construction to be completed in December 2019. This section should be fully functional by January 2020, and open to serve Dallas ISD students within a few months."TD’s horsepower was the key for us," Lane said. "They’ve been onsite since June. Their ability to have so many employees working onsite has been great.”

"It’s truly sad that this is still an issue in one of America’s most economically advantaged regions,” Kotubey said. “After8toEducate is making a difference in the students who use their after-school facilities, and the 35 children who have a safe, warm place to sleep at night; but it goes beyond that – it will create a community center for an underserved community, and give all these students hope for a successful life. "We are glad to be part of this great project."