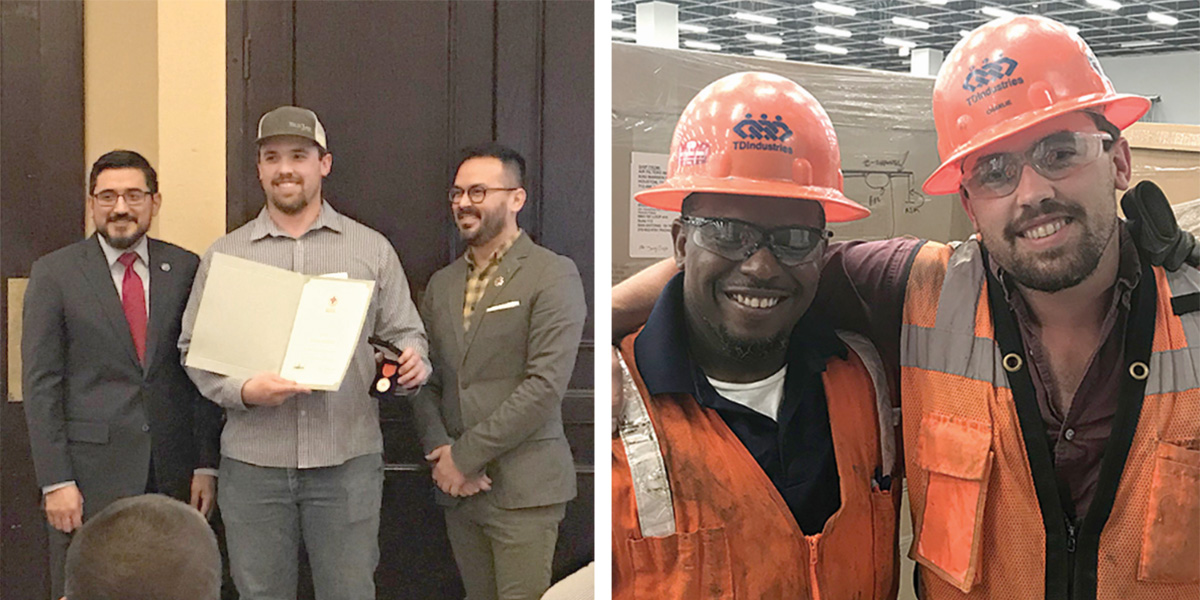 The American Red Cross recently honored a TD Project Superintendent, and it's easy to see why. A TD Plumbing Apprentice might not be here today if it weren't for the persistent use of the skills and knowledge learned in an American Red Cross Training Services Course.

Choking is the fourth leading cause of unintentional death, and Charlie Miffleton’s quick action helped to save Joseph from a possible fatal incident.

San Antonio Production Manager Todd Ferguson was one of the first to hear about the incident. He shares this story to remind us why ongoing attention to training and safe behavior is indispensable:

Joseph was eating his lunch and began choking on a noodle. He demonstrated all of the common choking signs: He lunged for his throat and reached out to Charlie for help. Charlie pulled him out of his seat and administered the Heimlich maneuver.

The first time it did not work, but that didn't dissuade Charlie. He proceeded to try again. The second time the obstruction came free and Joseph was able to catch his breath.

As the other patrons in the restaurant realized what had happened, they applauded Charlie for his efforts and quick reaction.

Charlie received his Red Cross first-aid/CPR training here at TD from Safety Manager Rodney Lines. As I heard the story it gave me chills to know what could have happened if Charlie did not have that training. 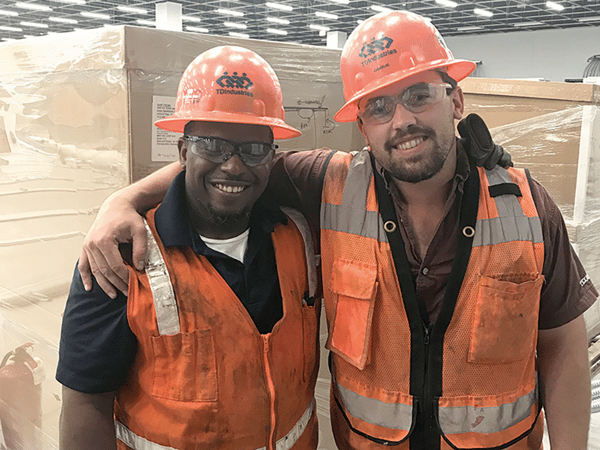 Earlier this year, representatives from the Red Cross attended TD's San Antonio Construction Summit to present the superintendent with a Certificate of Merit "for selfless and humane action in saving a life."

Red Cross Chairman of the Board Bonnie McElveen-Hunter and President Donald Trump both signed the letter. 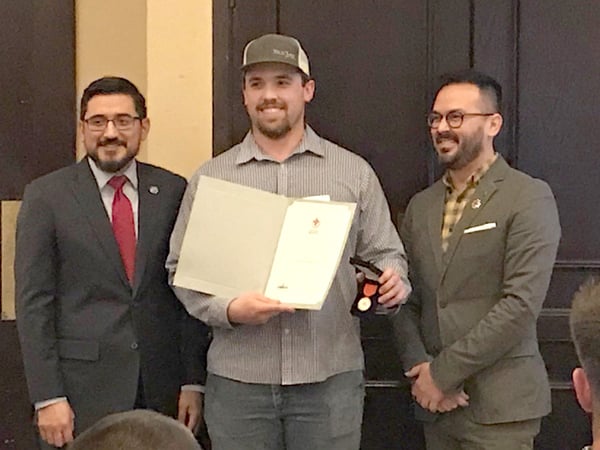 TD Partners (employees) often hear others discuss our safety core value. When we see Partners who truly fiercely protect the safety of all Partners, we like to relay those stories as a reminder how important safety is at TD.

Charlie answers in our interview shows how he lives TD’s core values and demonstrates Servant Leadership:

You recently saved your friend’s life. Tell us what happened.

I went out to eat lunch with two Partners. Joseph starting choking. After a few seconds, we realized this was serious and nodded our heads to jump into action. First, I hit him on his back, and that didn’t stop it, so I performed the Heimlich maneuver. It didn’t work at first, but we kept trying, and on the second round, the food dislodged.I was in as much shock as Joseph after he recovered. My adrenaline was pumping so high, I couldn’t even eat. It was a life-changing experience.

Where did you learn the Heimlich?
TD provided me CPR training during orientation. That was the first time I had ever taken first-aid, CPR, or learned the Heimlich.

What’s something all people and Partners should know about critical situations?
You should be prepared for any emergency, but it’s nothing you can really expect to happen. We always work in teams at TD, so it’s important to have someone watching out for you on the jobsite. 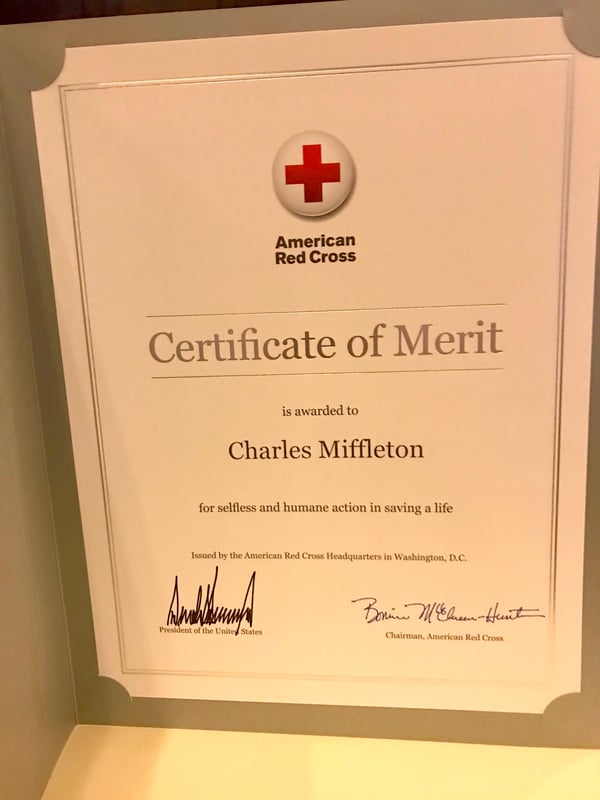 Charlie's actions exemplify TD's core value of Fiercely Protecting the Safety of All Partners [Employees]  to make sure our folks go home safely to their families every day.

Related: How Neuroscience Impacts Safety in Construction & Other Industries