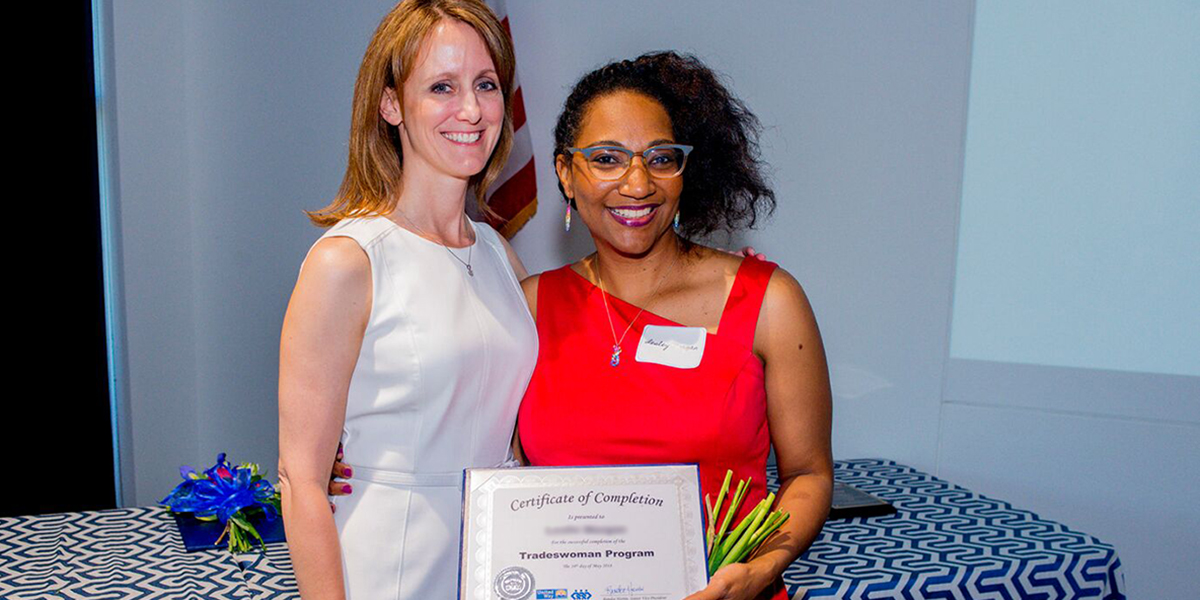 HOUSTON – Ragan Communications selected TDIndustries’ recruiting video on its Women in Trades program as the top film of 2018.

Filmed by Film Lab in Houston, “Breaking the Mold” followed 10 women who participated in the United Way THRIVE program, which helped women train for construction careers. In its first two months, it had nearly 4,000 views on Facebook, reaching 9,000 Facebook users. It has only grown from there.

The goals of this video were to increase access to talented craft workers by targeting female candidates, to help close the skilled-trades gap, and to increase the number of women in the total skilled trades workforce by improving diversity and inclusion.

Ragan’s Employee Communications Awards celebrates the teams, organizations and consultants who have redefined the field with their groundbreaking work. As a winner in the program, TDIndustries joins an elite group of past winners, including T-Mobile, Hilton, the University of Southern California, Taco Bell, Johns Hopkins Medicine, Bacardi Limited, IBM, Make-A-Wish, Ford Motor Company and the New York Power Authority.

"What we're doing is putting women in an application where they haven't been before,” said Randee Herrin, the Houston New Construction senior vice president who pioneered the project. “We're giving others an example of something that they haven't seen."

Since this program, TD has added another Women in Trades program in Arizona, and is in discussion to add another one this year in San Antonio.

This project was an incredible success thanks to several groups:

Watch the award-winning Women in Trades video below:

For more information on TD’s Women in Trades program, read our blog.